Do you say or think things to yourself that you would never give yourself permission to say out loud to another person? Why? 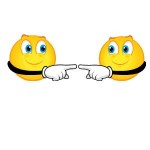 Many people give themselves permission to be mean to themselves.

Suppose you were walking along in a park and you heard one person saying things like:
“Who do you think you are?”
“Nobody likes you.”
“Go ahead and try it! You’re going to fall flat on your face.”
“You’re fat.”
“You suck!”

Toxic stuff, huh? You would probably be appalled if you heard another person say these things out loud to another person. You might even say something, “Hey! Leave him alone!” Most likely the hateful words would leave an impression on you – one that might last throughout the day. You might ask yourself, “How could someone be so cruel?”

If you are like most people you think things like this to yourself often. Why? Well, there are several reasons which I will discuss at length in the Happiness 101 class on June 7th called Befriending Your Inner Critic. Not only will you learn to identify your inner critic but instead of shutting it off, you can actually make it your ally! For now, I ask you to just be aware of this voice that says these awful things to you. What does it sound like? When is it most likely to spew its negativity? Though it sounds like the voice of authority, it is not in charge. YOU are. On June 7th, I will help you regain control over this important part of your life.

In the meantime, use the formula we use in Happiness 101:
Be mindful – be aware of the voice of the inner critic
Explore your options. What choices take you further away from happiness and which bring you closer? You can let the inner critic spew on or you can DO something about it.
Make your choice.
Implement your choice.

My hope is that you would put a stop to the internal abuse. One suggest is you can think or say “Stop!” – the same thing you might do in the scenario above.

Please. Be kind to yourself – at LEAST as kind as you would be to a stranger.