I am very happy and grateful for pain medication. When you’re in so much pain you can’t sleep and there … END_OF_DOCUMENT_TOKEN_TO_BE_REPLACED

Positive 1 Glad my vet prescribed meds for the dog and didn’t make me pay for an office visit. Positive … END_OF_DOCUMENT_TOKEN_TO_BE_REPLACED 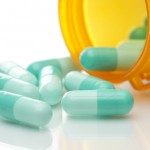 Published on KSL
Let me start by saying a person should never, never, never go off their medications without talking to their prescriber. It is dangerous and potentially lethal.

According to the Behavioral Risk-Factor Surveillance System, Utah is currently the happiest state in the union. It is also one of the saddest. Utah sits right in the middle of the “suicide belt,” which stretches along the Rocky Mountains from Wyoming and Idaho, through Utah and Nevada and down to Arizona and New Mexico. As of 2008, the mortality rates gathered from the U.S. census indicated that Utah ranked ninth in the nation for suicides. In September 2010, the Utah Department of Health declared that Utah was the fourth greatest consumer of antidepressants in the nation with 12.71 percent of residents being prescribed antidepressants.

The problem is that these medications do not work on most of the consumers to whom they are prescribed. END_OF_DOCUMENT_TOKEN_TO_BE_REPLACED

Don’t wait ’til you’re on fire to seek a therapist.

MIXING PRESCRIPTION DRUGS AND ALCOHOL CAN KILL YOU